Why I love Dividends – and Stock Buybacks, Too | Investors Alley

Like everybody else, I love dividends. Always have and always will.

I am also a big fan of stock buybacks.

I get a kick out of the endless debate about stock buybacks. They are neither good nor bad in and of themselves.

Another thing management can do with excess cash is pay down debt. Paying down debt builds equity and makes the company more valuable to shareholders.

Of course, management can always just invest the excess cash back into the business, but that has not always worked out as well as one might hope. Several studies show that increased investment in research and development and new products earns much lower returns for shareholders. A substantial percentage of the time, shareholders would have done better if management had done some combination of paying dividends, buying back stock, or paying down debt with its free cash flows.

I will often run a screen looking for companies that are doing all three with their excess cash. They pay down debt, buy back stock, and pay a respectable dividend to shareholders. Then I narrow my scope to those trading at very low levels of cash flows.

Most months, I get a very short list of companies, and often there are none at all. But right now, several that I find interesting are popping up on my screen…

AT&T (T) makes the list. Since the spin-off of Warner and its dividend cut, this has become a very unloved company. However, the stock is getting interesting for long-term holders at the current price. Even after the cut, the stock is still yielding 9.28%. AT&T bought back a little bit of stock last year and reduced its debt by almost 16%.

They are still one of the big three wireless companies and remain a significant presence in cable and broadband in the United States.

AT&T’s fixed-line business services division is the only company with the infrastructure to serve many businesses that have complex telecommunications needs. As a result, they will be a dominant player in that market for a very long time.

The stock is a bargain right now, with an enterprise value to earnings before interest and taxes, my favorite measure of cash flows, of just 8.

Valero Energy (VLO) has seen its cash flows move dramatically higher along with the price of oil and gas. I think that energy prices will likely remain elevated for some time, and as one of the few refiners left in the United States, Valero will continue to see high margins and cash flows.

Valero is, in fact, the largest refiner of oil and gas in the United States. In all, it has 15 refineries in the United States and Canada. Despite a massive need for more refining capacity, it is unlikely that a lot of competition will come into the market to drive margins down.

For one thing, even those who understand the need for more refining capacity do not want one built in their town. Secondly, the regulatory process to get one built can take a decade or longer. For example, the Davis Refinery in the Bakken shale field that Meridian Energy Group hopes to have online next year entered the initial phases of conversation and planning back in 2011.

And this is in North Dakota, one of the nation’s most energy-friendly and pro-business states!

While bad news for those of us that use, and pay for, energy, it’s fantastic news for shareholders of Valero. Rather than spending it to beat back competition, it can use the cash to reward shareholders and make the company stronger.

Shares of Valero, which repurchased 3.6% of the shares outstanding over the last 12 months, are yielding 3.44%. Debt was reduced by a little over 13%.

With an EV/EBIT ratio of 5.4, this shareholder-friendly cash machine of a company is training at bargain basement levels.

Internet infrastructure company Lumen (LUMN) is the highest-yielding company on the current list, with a dividend yield of 10%. The technology and communications company also bought back 6.6% of its shares over the past year, and reduced its debt by about 2%.

The debt buyback paydown pace is about to accelerate. Last month Lumen announced that the sale of its Latin America business for $2.7 billion in cash had closed. It also announced that it was selling the local incumbent carrier operations in 20 states to Apollo Funds for $7.5 billion. I think a lot of this cash will be earmarked by the board for paying down debt and buying back stock.

Lumen’s dividend is well covered by cash flows, so there would seem to be little chance of a cut on the payout anytime soon.

With an EV/EBIT ratio of just 9.5, the stock is attractively priced right now.

Get an Extra $400 to Kickstart Your Portfolio! 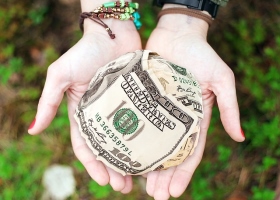 As part of a new partnership, you are now eligible for an extra $400 to invest with!

That’s right - $400, transferred straight into your brokerage account, to help you kickstart your investments. No muss, no fuss, no purchase required.