When investors hear the words “electric vehicles,” they most often think of Tesla (TSLA) — and rightly so: the TSLA stock price is up 635% over the past year and 485% year-to-date.It’s up about 6,600% since it came public!

The TSLA stock price is up even more because the latest earnings report was stellar. As Hargreaves Lansdown analyst Nicholas Hyett said when referring to the company’s free cash flow of $1.4 billion: “The market was expecting substantial growth in earnings per share and free cash flow and Tesla has delivered on both.”

And Tesla’s future looks bright. Or as another analyst put it, Tesla’s stock “…is cheap on what we don’t know [about its future].”

Naturally, there will be other huge winners in the EV sector. Here are three companies that could become the next Tesla. But (for now at least), many investors are still unaware the stocks exist.

The first two companies on my list came public via a SPAC—a blank check or shell company that goes public with the idea that its managers will strike out and find a company to acquire. If a suitable target is not found within a specified time (usually two years), investors’ money is then returned to them.

In a typical SPAC listing, the shell company sells a “unit” in its IPO for $10 dollars each. The unit includes one common share and a warrant to purchase another share later, typically at a strike price of $11.50.

If the SPAC does find an operating business to purchase within the two-year time limit, shareholders get to vote to approve the deal. If they decide to vote “no” and redeem their shares, they can get their $10 back in cash, along with interest.

SPACs have grown from a niche part of the stock market to an extremely popular alternative route to the public market for many very exciting companies.

Here are the two SPAC companies in the electric vehicle space that I like a lot:

QuantumScape seeks to commercialize the proprietary technology it says will nearly double the range of an electric car. The company adds that its technology offers a significant improvement on the energy storage of a regular lithium-ion battery, while also being safer and cheaper.

According to QuantumScape, its lithium-metal solid-state batteries can reach 80% of capacity in a mere 15 minutes. Its battery cells use a ceramic solid electrolyte rather than a liquid one, as in most conventional lithium-ion batteries. The battery also contains a lithium metal anode rather than a graphite one, which allows the battery to store more energy.

By 2028, QuantumScape’s goal is to make enough batteries for 910,000 vehicles a year—about the time when industry experts believe solid-state lithium metal batteries will become commonplace. The company says its batteries will actually not hit the market until 2024.

QuantumScape, which was spun out from Stanford University in 2010, is merging with Kensington Capital Acquisition Corp (KCAC) in a deal valuing it at $3.3 billion. A special meeting of the Kensington Capital shareholders was to be held on of November 25 to approve the proposed business deal.

If approved, QuantumScape will begin trading on the New York Stock Exchange under the symbol QS. Kensington stock has already more than doubled in a few short months. I expect QS will do the same.

This next company I’d like to discuss is Velodyne Lidar (VLDR), which is involved in the autonomous vehicle segment. The company went public in September via a merger with the Graf Industrial SPAC.

The nice thing about such a pick-and-shovels play like this is that it doesn’t matter which automaker ends up dominating the market, if any. One technology will be indispensable to all of them: lidar, or light detection and ranging.

In simple terms, lidar involves real-time surround-view sensors. It is the “eyes” that allow self-driving vehicles to navigate streets and highways without hitting anything. It also helps keep the vehicle on the road.

Velodyne invented real-time three-dimensional lidar technology in 2005. It is the first pure-play lidar company to go public, and it is the market leader in lidar technology.

The company says it has dominated the lidar market for the past 13 years, and the facts back up that assertion. Velodyne has more than $650 million in sales, and its 300+ customers include all the major automakers as well as a number of leading technology companies.

In addition to self-driving vehicles, Velodyne’s sensor and software solutions can be engineered for use in robotics, unmanned aerial vehicles (UAVs), smart cities, and security situations.

The future looks bright for the company, which is currently working on 175 new projects across more than 25 industries. It has multi-year agreements with more than two dozen major companies. This will produce recurring revenues.

Velodyne’s estimated sales under existing customer contracts should reach nearly $1 billion over the next four years. The stock is at a relative bargain price of around $17 a share. (It had been as high as $32.50.) On any weakness in the price, it looks like a good deal.

The final company is a bit different. It is the fastest growing e-scooter brand in China, Niu Technologies (NIU).

In the third quarter, Niu’s e-scooter sales soared nearly 68% and its revenues followed, up 36.7%. Its China sales volume increased by 70% year over year, driven by new products launched earlier this year as well as retail network expansion. (It’s obvious that demand for socially distanced transportation due to the coronavirus pandemic gave Niu a huge boost.)

Niu’s early decision to use lithium-ion batteries instead of cheaper lead acid alternatives used by many rivals in China is paying off as the technology becomes the industry standard.

Now, the company plans to expand overseas. It is launching a campaign in Indonesia—the world’s fourth-most populous country—soon. And its ambitions are broader than Asia. Niu’s CEO, Li Nan, believes that an industry boom in sales of electric two-wheelers in Europe and the U.S. will last beyond the pandemic, telling the Financial Times: “We are cautiously optimistic that a third of Niu’s sales can be in Europe and the US by 2025.”

Niu is definitely in a growth market. Last year, the global e-scooter market was worth about $18.6 billion, with three quarters of that in Asia, according to Grand View Research. The research firm expects the worldwide market to more than double by 2030 to $42 billion, with North America growing at 13%.

The stock will remain highly volatile, but trend higher. Niu is in the right place at the right time.

There are 5 stocks I recommend to hold forever if you wish to enjoy monthly dividend income.

In order to see them... you'll need to go through WEEK ONE of my "Forever Dividends" Master class.

And spots just opened to the first 500 people.

Over four weeks... you'll go from having potentially no brokerage account all the way to cashing in monthly income for the rest of your life.

Anyone can do this... even if you've never bought a stock in your life.

At the end of Week One, I'll reveal the top 5 stocks to buy and hold forever...

And from there, you'll be on your way to a lifetime of income.

If that sounds exciting, you should see what I have in store for Weeks 2 - 4.

The masterclass only gets better from them... 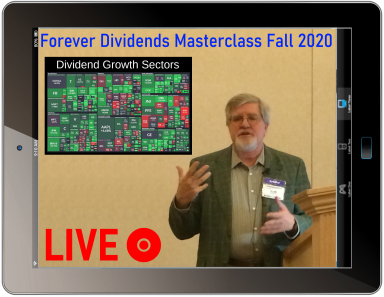 But it all starts with the first five dividend stocks you should buy. The foundation of your portfolio... and frankly, your future income... depends on buying those first 5 stocks first.

One of them has been a mainstay in my portfolio for awhile...

Again, the only way to unlock access to these 5 stocks to hold forever is to click here.