The universe of Business Development Companies (BDCs) is a popular hunting ground for yield-focused investors. Many companies in the sector offer the attractive combination of stable dividends and yields of 8% or more. Today I want to look at three BDCs that are not currently on my Dividend Hunter recommendations list, but that have recently crossed my path and seem to have interesting prospects.

BDCs operate under special rules. They are required to provide capital—either loans or equity investments—to small-to-medium-sized corporations. A BDC is a pass-through entity, which means it pays no corporate income tax but must pass through 90% of net investment income as dividends to investors.

Oaktree Specialty Lending operates as a BDC that manages $2.4 billion of assets. The company operates in the manner of a traditional BDC, with a portfolio that primarily holds first and second lien loans. These are the safest loans out of the possible corporate debt stack. The BDC managers can leverage the broader Oaktree specialists and client base to source BDC-appropriate investments.

After more than two years of flat dividend payments, OSCL increased its dividend for the third quarter of 2020. The company has since announced five consecutive dividend increases, totaling 45% of dividend increases. This type of dividend growth is rare for a BDC, and the most recent $0.145 dividend is well covered by net investment income. OSCL yields just under 8%.

Since the merger, the FSK stock price has moved strongly higher. Also, on August 9, the company announced a $0.65 per share dividend, up 8.3% from the previous rate. Currently, FSK sports a very attractive 11.3% yield.

During the five years before the merger, FSK posted below-average performance. The dividend was not stable, and the share price steadily declined. This BDC needs to be monitored for a few quarters to see if the merger also turned around the investment prospects.

Capital Southwest (CSWC) is a small-cap BDC with an impressive growth record. The company’s current form dates back to 2015, when a portion of the company was spun off, leaving the operations of the present Capital Southwest.

CSWC has put up an impressive dividend payment history. This graphic comes from a recent company presentation:

Despite its excellent track record, I have two concerns about this BDC. One is the continued use of the $0.10 supplemental dividend each quarter. Declaring part of each dividend as supplemental gives the company an opening to decrease the dividend without it being officially classified as a dividend cut.

Second, with a $600 million market cap, CSWC is a relatively small BDC. It may not be able to compete with larger BDCs for the best clients and is likely more at risk of portfolio defaults if the economy goes into recession. 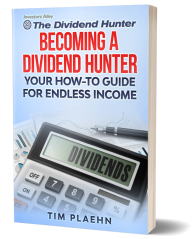