Did you notice, as much of the economy was forced to shut down and people were told to stay home, how long the drive-through lines became at fast-food restaurants? Americans already loved drive-throughs before the pandemic, and then social distancing rules made the drive-through a necessity of life.

Pre-pandemic, I was always amused by the line of cars at the local Starbucks’ (SBUX) drive-through. It was so much faster to park, walk in, order, and walk out with my coffee. When social distancing became the rule, the line of cars was truly a sight to see.

Fast food companies are American success stories. They changed the way we feed ourselves. During the pandemic, this type of restaurant has become a staple source of food for many. Here are four stocks I am sure that look familiar. Let’s review their prospects.

McDonald’s Corporation (MCD) has 36,000 franchisee-owned restaurants in over 100 countries. The McDonald’s corporate story started in 1955 when Ray Kroc opened the first restaurant for McDonald’s System, Inc. McDonald’s acquired the rights to the McDonald brothers’ company in 1961, and went international with a location in Canada in 1967. The most recent new country added to to the McDonald’s roster was Kazakhstan in 2016.

In 2017, McDonald’s initiated its Velocity Growth Plan for higher sales with the intention to retain, regain, and convert customers.

For the 2020 first quarter, McDonald’s reported consolidated revenue down 6%, and global comparable sales were off 3.4%. Diluted earnings per share decreased by 15% to $1.47.

Through the pandemic, McDonald’s restaurants served more than 10 million free “Thank You Meals” to frontline workers. McDonald’s is a Dividend Aristocrat, growing its payout for 43 straight years. The five-year compound annual growth rate is 7.6%, and the dividend was boosted by 7.8% in September 2019.

The Wendy’s Company (WEN) faced a beef shortage in early May that put a dent in second-quarter sales. In a June 8 business update, the company reported that 99% of its 5,861 U.S. stores were open for business, and 81% of the 945 international stores were open.

Wendy’s reported a 14% drop in same-store U.S. sales for April and a 1.9% decline for May. On March 2, Wendy’s started serving breakfast—a new revenue stream for the company—and that meal now accounts for 8% of sales.

Wendy’s dividend has grown for ten consecutive years, with a 15% annual compound growth rate for the last five years. 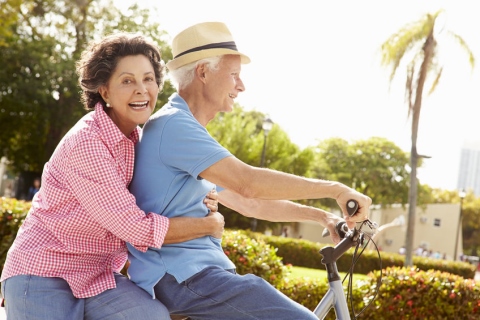 With one simple strategy, you’ll be able to take $25k from your 401(k) or IRA and turn it into tens of thousands of dollars in income every single year.

Yum! Brands (YUM) has over 50,000 restaurants located in 150 countries. The company has over 2,000 franchisees. The brand lineup includes KFC, Pizza Hut, Taco Bell, and The Habit Burger Grill.

Yum! Brands spun off from PepsiCo in 1997, and in 2016, the company spun off its China business as an independent, publicly-traded company.

The Yum! dividend has increased for 15 straight years, with a 9% annual compound growth rate for the last five years.

The current Restaurant Brands company was formed in 2014 with the merger of U.S. based Burger King and Canada-based Tim Hortons. Popeyes was acquired in 2017.

For the 2020 first quarter, total revenues were flat compared to the same period in 2019.

Pandemic-induced restaurant closures led to a 10.3% comparable sales decline for Tim Hortons, and Burger King was down 3.7%.

The Restaurant Brands International dividend has grown for five consecutive years, and it more than doubled at the start of 2018. The increase was 11% in 2019, and a 4% increase was announced in February 2020.

I've identified a stock that will be your cash register for the next 30 years.

But don't just buy shares to claim your income. Do this one thing with this one stock.