Bitcoin miner, Bit Digital (BTBT) had an explosive week, with the crypto bull market showing no signs of cooling off.  From here, BTBT has the potential to move higher, with analysts saying Bitcoin could rally well beyond $100,000.

Citibank for example says we could see $318,000 BTC in 2021. Guggenheim is calling for a valuation of $400,000. JP Morgan says it could rally on a $600 billion catalyst, which includes just a 1% allocation from global pension funds.

Luckin Coffee (LKNCY) exploded from a low of $5.10 to $8.38 over the last few days.  All after setting with the US SEC, and agreeing to pay $180 million in penalties for fraud.

In a press release, company Chairman Jinyi Guo said, “This settlement with the SEC reflects our cooperation and remediation efforts, and enables the company to continue with the execution of its business strategy,” adding, “The Company’s Board of Directors and management are committed to a system of strong internal financial controls, and adhering to best practices for compliance and corporate governance.”

Shares of Snap Inc. (SNAP) were up about $3 earlier this week after Goldman Sachs raised its target price to $70 from $47.  The firm noted the company was likely to beat its own fourth quarter guidance, as noted by Barron’s, adding that “Snap’s direct-response ads have remained strong through the latest Covid-19-related lockdowns and will contribute 8 percentage points above consensus estimates to fourth-quarter growth.”

XPeng Inc. (XPEV) was up 10% on news it began delivery of its first G3 electric SUVs to Norway.  According to Investor’s Business Daily, “The company will deliver 100 of its G3 vehicles to buyers in Norway, marking the first time it’s directly delivering to individuals in Europe.”

In addition, “Our launch in Europe comes just as consumers are shifting in increasingly large numbers to more sustainable personal transport, and at a tipping point where governments around the world are stepping up their zero emission efforts,” said Xpeng CEO He Xiaopeng.

Myovant Sciences Ltd. (MYOV) gapped from $23 to $31 this week on a cancer drug deal worth nearly $4.2 billion.  Reportedly, Myovant’s parent Sumitovant Biopharma and Pfizer will work together to develop a treatment for prostate cancer and women’s health. As part of the deal, Myovant will receive an upfront payment of $650 million to develop relugolix, a once daily, oral gonadotropin-releasing hormone receptor antagonist for use in oncology and women’s health in North America, as noted by Marketwatch. 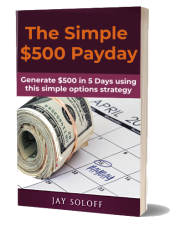