Weyerhauser (WY) is trending higher, as lumber costs increase.  May 2021 lumber futures now up to $1,500.05 per thousand foot board, reports The Wall Street Journal. Not only is that an all-time high, but it’s about four times the typical price this time of year, they added.

Also, according to Fortune, “Lumberyards and homebuilders alike have delayed buying lumber from sawmills in hopes the price of the sky-high commodity would finally come back down to earth. It hasn’t budged, and now the buying rush is on ahead of spring and summer projects.”

Lithium stocks, like Albemarle (ALB) are on the move after the International Energy Agency (IEA) warned, “The supply of critical minerals crucial for technologies such as wind turbines and electric vehicles will have to be ramped up over the next decades if the planet’s climate targets are to be met.  At least 30 times as much lithium, nickel and other key minerals may be required by the electric car industry by 2040 to meet global climate targets.”

In addition, “Rystad Energy projected a ‘serious lithium supply deficit’ in 2027 as mining capacity lags behind the EV boom. The mismatch could effectively delay the production of around 3.3 million battery-powered passenger cars that year. Without new mining projects, delays could swell to the equivalent of 20 million cars in 2030. Battery-powered buses, trucks, ships, and grid storage systems will also feel the squeeze,” as reported by IEEE Spectrum.

Shares of Peloton (PTON) are falling apart on news the company is recalling all treadmills after reports of injuries, and a death.  “The company is advising customers who already have either the Tread or Tread+ products to immediately stop using the equipment and contact Peloton for a full refund or other qualified remedy,” says CNBC.

First Solar (FSLR) is recovering after Bank of America upgraded it to a buy with a $91 target.  According to Bank of America, as quoted by Street Insider, “On balance, the medium term update was one of the best we’ve seen of late in terms of panel pricing outlook. This should sizably offsets both near term ’21 pressures and provides a bridge to a LT outlook to next gen panel technology.”

Pfizer (PFE) is pushing higher on its plans to file for full US FDA approval of its vaccine.  In addition, the company noted that first-quarter sales of its vaccine came in at $3.5 billion, roughly 24% of its revenue for the quarter, as noted by CNBC.

At the time of this writing, Ian Cooper did not hold a position in any of these stocks.

FREE SPECIAL REPORT: How To Generate $500 Weekly With Options 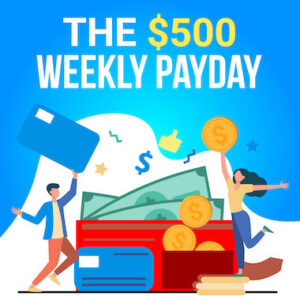