As the U.S.—and the world for that matter—begins the reopening process, every business is trying to figure out what the new way of doing business looks like.

We already know what the white collar version of post-pandemic business has become. It’s Zoom (ZM) meetings, Docusign (DOCU) virtual document management, and Activision (ATVI)[gaming in between meetings and walking the dog.

But what does business look like for the products and services we will again be engaging outside of our homes? That’s what companies are in the middle of working through as they gingerly reopen their doors, and get back to business.

As investors we crave certainty, but to buy the stocks of many of these companies, we may have to trust in management to navigate the tricky reopening process. These are a few of the companies that, if they can successfully clear reopening hurdles, may reward patient, and trusting, investors.

Dave and Buster’s (PLAY), the fun-for-the-whole-family entertainment company, has introduced a new marketing tagline: We’re all about good, clean fun. The company gives us a look at what the arcade game and casual dining business will look like moving forward. The company website promises a variety of new cleanliness and sanitary measures to ensure its games and restaurants are safe, and also still fun.

Hand sanitizer and disinfectant wipes will be widely available in all Dave and Buster’s locations. Staff will be wearing masks and gloves, and the company will also make masks available for guests. The company plans on closing certain games, and removing or closing dining tables, in order to ensure distance between gamers and diners.

After closing all of its locations due to the pandemic, Dave and Buster’s has moved to shore-up its balance sheet, and preserve its ability to reopen. The company recently completed an equity offering, which added over $110 million to the balance sheet, in early May. Encouragingly, the stock is substantially higher, by almost 23%, from that offering price.

You won’t become a millionaire investing in the ‘same old’ stocks, pot stocks, penny stocks or anything everyone else does. 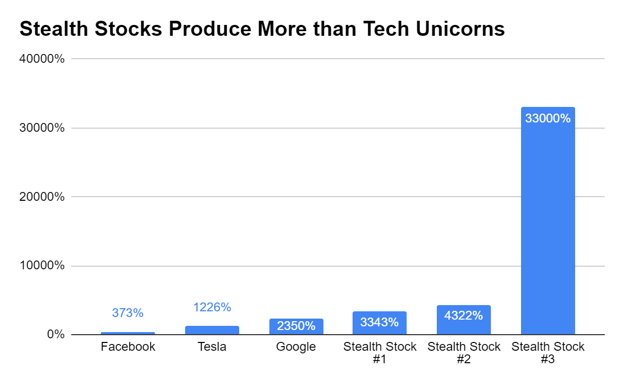 I call these companies stealth stocks. The produce bigger gains than anything you’ll hear from the media.

While no one is talking about the stealth stocks you’ll hear about from me, they’re creating massive wealth for those in the know.

Here’s how you claim some of that wealth starting today.

For its most recent quarter, revenue came in at $347.2 million, a 4.6% year-over-year increase. The company also increased the number of Dave and Buster’s locations, from 121 to 136 in the quarter. The company is following local guidance for each of its locations in the reopening process.

The airline industry was also hit hard by the pandemic but is hoping that by implementing changes in the name of health and safety, it can bounce back strongly. Alexandre de Juniac, director general of the International Air Transport Association, recently stated: “What we are trying to do is have a global restart plan. The main challenge is how and when the different states will lift restrictions to travel.”

United Airlines (UAL) is another company that will have to modify business processes related to the public, as the number of flying passengers has begun to trend upward again. Fortunately, United—like other airline carriers—does have extensive experience dealing with a massive change in operating procedure due to unforseen global events. Remember, air travel changed a lot after the unfortunate events of 9/11.

Currently most major airlines, including United, are requiring that passengers wear masks. Airlines are also attempting to limit the number of passengers on any single flight, and offering free rebookings for passengers who do not wish to fly on a more crowded flight.

United had an adjusted net loss of $639 million in its most recent quarter, announced at the end of April. The company agreed to receive $5 billion from the U.S. government, $1.5 billion of which is a loan repayable over ten years.

United did report $9.6 billion in liquidity reserves as the end of the quarter. A combination of this liquidity, along with additional government support if needed, should ensure the company makes it through to the other side of the current crisis.

Finally, along with the airline industry, the cruise industry has been one of the most affected sectors of the current health crisis. Royal Carribean (RCL) saw its stock price move from over $135 before the onset of the pandemic to a low of under $20 on March 18.

Richard Fain, chairman and CEO of Royal Carribean, recently commented on changes the cruise line will need to make to reopen. I specifically liked his comment in regard to how the buffet, something many cruisers look forward to, will be different, saying: “It doesn’t mean you don’t have a buffet. You might have it where all of that is served to you by other people. But the point is that it will evolve.”

In the first quarter, Royal Caribbean reported an adjusted net loss of just over $310 million, as its fleet of passenger ships were forced to dock. The company announced it had just raised $4.0 billion through a bond issuance, and that at present its liquidity position is secure, and should see it through to reopening operations.

Fain’s comment, that the cruise buffet experience “evolve,” is applicable to 100% of the products and that will involve person-to-person contact as the country reopens. And this evolution will continue for the foreseeable future. The good news is, each of these companies, after evolving, could reward the faithful investor.