When investors hear the term “meme stock,” the first thing to come to mind is typically something like AMC, GME, or the Robinhood investing app. Meme stocks are the ones that get popular on Reddit forums like Wall Street Bets. They can have huge daily swings and are often traded on Robinhood.

But with all the talk of meme stocks, it may be interesting to note that one of the most widely held stocks on Robinhood is Ford (F). At one point within the past year, F was the number one most-owned stock. While Robinhood no longer publishes its stockholding info to the public, F is still clearly a popular stock based on standard metrics.

Why is it surprising that F is popular among meme stock traders? Well, the stock has typically been pretty dull, spending much of the last ten years around $10 per share. The stock plunged after the Covid Crash of March 2020, but has essentially gone parabolic since then.

Ford has long been considered a value stock, trading at very attractive valuations (according to traditional metrics such as the P/E ratio); however, it’s not the sort of stock one would consider exciting. Heck, the company hasn’t even paid a dividend in a year and a half.

So why did the stock soar to $16 recently, going from a boring, has-been auto manufacturer to a flashy meme stock? In a nutshell, it’s all about electric vehicles.

Ford has launched or is launching several new electric vehicles that have caught the eye of the public. The company seems to have the infrastructure in place to compete with the likes of Tesla (TSLA). And, the new electric vehicles (like the all-electric F-150) are likely to be in demand across a diverse group of buyers.

With F stock around skyrocketing this year, is there any upside left? It may be a tough call to buy F now that the stock is off its highs, especially since the company hasn’t reinstituted its dividend. However, at least one trader is making buying F stock more interesting by using a covered call strategy.

A covered call is when the investor buys the stock while simultaneously selling a call (often at a higher strike than where the stock is trading). The short call provides a cash flow component to the trade in exchange for capping the gains of the stock at the strike price.

The key to the trade is the short call component. The $0.54 in premium collected works out to a yield (return on cash at risk) of 3.8%. On an annualized basis, that’s a roughly 5% yield. It may not seem like much, but keep in mind, the company isn’t offering a dividend right now. Plus, in an ultra-low rate interest rate environment, 3.8% is a reasonable return for holding a safe company like F (which has a very low risk of significant capital loss). 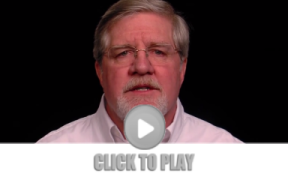 In this short video, you’ll discover how Tim Plaehn had a chance to collect $1,092 in a short time. That’s more than what you would’ve generated investing the same amount into the S&P 500 in 2020. You’ll have a shot to do this on-camera alongside him too.Here's how.