The White House has put forth a preliminary proposal for an infrastructure bill that could add fuel to the fire the Federal Reserve is stoking in the stock market. Stocks like Apple (AAPL), already trading at all-time highs, should get an additional boost from spending.

Under the $1 trillion plan, some of the money will support “visionary projects and technologies that can strengthen our economic competitiveness, including 5G wireless communications…”

As many, many more people have begun working remotely, or on remote teams, the demand for bandwidth has jumped incredibly. Not only are demands rising due to the remote nature of the work, but because of the demands of video software, such as Zoom (ZM) and Microsoft (MSFT) Teams.

Congress has already put forth their desire to pass an infrastructure bill, even larger than the one proposed by the White House. Even during an election year, I think there’s a good possibility something will be done, mainly due to the need to provide additional stimulus because of the coronavirus pandemic. 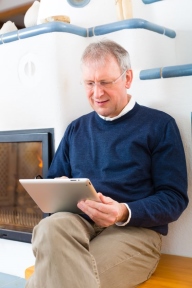 But when one little-known stock is set to dominate the soon-to-be $4.3 TRILLION 5G industry… it’s possible to retire off just one stock.

And if you want to join them before it’s too late, you’ve got to go here now. Click here.

While most people think of large industrial companies when they think infrastructure, I think the technology component of the bill could give a boost to a desperately needed faster and more robust digital network, in the form of 5G.

Apple (AAPL) could be one of the major beneficiaries of 5G buildout, as the company sells phones compatible with 5G standards. The current belief is that all new phones released by Apple moving forward will have 5G capability.

Commenting on the company’s earnings conference call, Apple CEO Tim Cook said 5G is still in the beginning of a long cycle: “With respect to 5G, we’re in the early innings of its deployment on a global basis.”

Apple, which reported a blowout quarter, could be a huge beneficiary of an upgrade cycle, again, as more people than ever are working remotely. In its latest quarter, the company reported revenue of just over $58 million, a 1% increase year-over-year.

AT&T (T) could be another winner if the 5G buildout is put on steroids. The company just announced that it has expanded its early version of 5G to over 137 new markets in the U.S., bringing the total to 327 U.S. markets.

This “low-band” version of 5G isn’t the final 5G everyone expects, but it is a step in the right direction. AT&T also recently stated its network that it will support 5G capability on Apple’s iPhone 12.

AT&T stock is still recovering from the hit it took at the beginning of the pandemic, trading just over $30, from highs last year of over $39. In its recent earnings report, the company said earnings came in at $0.84 per share, down 2.3% year-over-year.

T-Mobile (TMUS), fresh off its merger with Sprint, should also benefit from accelerated 5G deployment. T-Mobile has said its 5G network capabilities are more advanced than AT&T’s, saying AT&T’s version of 5G is not “real.”

The company recently laid off a number of workers, as the now merged entity—composed of the numbers three and four largest U.S. carriers—looks to cut costs and eliminate redundancies. This also should add to the bottom line in a quarter or two.

T-Mobile has said its early version of 5G is now available nationwide in the U.S. The company is currently working on rolling out a mid- and high-band network, to get to true 5G. Since closing the merger, the combined T-Mobile has marched steadily higher, now trading at just under $105.