Just last week I told you about the new version of its watch by Apple (Nasdaq: AAPL), which offers a bunch of health features, such as an EKG. The watch though is just the tip of the proverbial iceberg when it comes to how technology is changing medicine.

One area that really has me excited is a new generation of digital medicines that rely on software as a key component in managing or even curing a disease. These medicines are distinct from wellness apps that help people maintain a healthy lifestyle.

“Digiceuticals”, as these digital therapeutics are often called, are generally validated through clinical trials, just like conventional medicines, and are increasingly catching the attention of cost-conscious health systems around the world trying to cope with a rising number of patients. For instance, the consultancy McKinsey says that digiceuticals could save the German healthcare system two billion euros ($2.363 billion) annually.

What Are Digital Therapeutics?

So what exactly are digiceuticals? They can be a lot of things…

For example, some complement traditional treatment by helping patients manage their disease, including informing them when and how much medication to take. And some offer alternative treatments to drugs, such as sensory stimuli delivered through a tablet computer to manage insomnia or depression.

Another example of the latter is Tinnitracks, an app developed by Hamburg-based start-up Sonormed, which can alleviate tinnitus for sufferers. It retrains the ear to reduce the volume of the permanent noise that characterizes tinnitus. Such remedies are definitely needed since there are really no drug treatments for ear-related diseases, such as hearing loss or tinnitus.

Very broadly speaking, digital therapeutics usually target conditions that are poorly addressed by our current healthcare system, such as chronic diseases or neurological disorders. In addition, they can often deliver treatment more cheaply than traditional therapy by reducing demands on doctors’ time.

Digital therapeutics have made a lot of progress over the past decade, as technology has been harnessed to supplement or even potentially replace traditional clinical therapy. More evidence is emerging to demonstrate their value in clinical terms.

For instance, the US Food and Drug Administration (FDA) recently approved a mobile application to help treat alcohol, marijuana, and cocaine addiction, citing clinical trials that showed 40% of patients using the app abstained for a three-month period, compared with just 17.6% of those who used standard therapy alone.

Such results are turning digital health into an increasingly hot area for investment. In the first half of this year, close to 200 digital health deals closed in the U.S., totaling $3.4 billion, according to health venture capital firm Rock Health. If funding continues at this pace, this year will surpass 2017 for both dollars raised and number of investments. 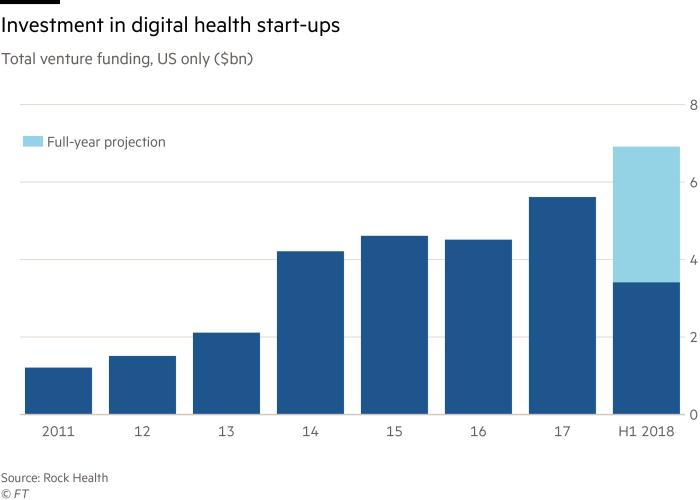 And outside the U.S., in Asia, there is also a lot of funding into digiceutical firms. Funding for digital health in the first half of 2018 already exceeded the total for 2017, at $3.3 billion.

As the number of digiceuticals increases, the most forward-looking pharmaceutical companies are looking to partner with this new breed of digital medicine innovator. Let me tell you about a couple such companies. 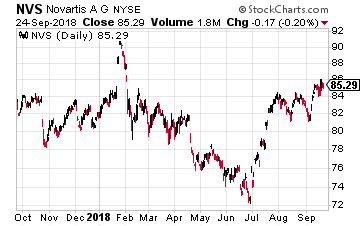 It has entered into a partnership with a start-up company named Pear Therapeutics, which was an early innovator in the sector. Back in 2015, Pear unveiled its software-only treatment for substance abuse, called reSET, which is designed to help addicts modify their behavior. This treatment has been approved by the US Food and Drug Administration (FDA).

The new CEO of Novartis, Vas Narasimhan, said that what distinguished Pear’s work from other kinds of digital therapies was that “they’ve actually done clinical trials to demonstrate that the reSET methodology was able to add additional benefits for patients beyond the drug alone”.

Novartis will be launching the reSET app in the U.S. over the next several months. And Narasimhan said to the Financial Times that Novartis was “working with Pear to develop additional digital therapeutics that would support our mid-stage [drugs] pipeline in a range of different neurological conditions” such as multiple sclerosis and schizophrenia.

This is exciting news because it is the first developmental partnership between a major pharma company and a digital therapeutic firm. But it is not the first time a big pharma company has worked with a company in the sector. 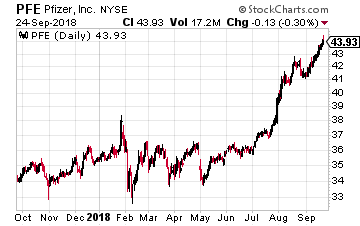 Back in 2014, Alixi Interactive Labs, which is working on digital therapeutics for ADHD and Alzheimer’s, partnered with Pfizer (NYSE: PFE) on clinical trials.

This was interesting because of the use of video games as a diagnostic tool. The study included 100 participants and involved a study of Akili’s iOS-based game, Project Evo, in the hopes of using the game to detect indications of Alzheimer’s in healthy individuals. And Alixi did recently complete a trial that showed a video game it developed to treat ADHD can improve attention and inhibitory control in children.

This is one area of technology where I believe that Wall Street is vastly underestimating the potential. Most estimates I’ve seen put the valuation on the digiceuticals market at less than $10 billion by 2025. I believe it could easily be 5 to 10 times higher.

Of course, that will depend on if other large pharmaceutical companies will follow in the footsteps of Novartis and Pfizer as being willing to invest into the field. To some pharma firms, it must be a frightening thought though that an app could actually replace a prescription drug. But in some cases, they will – proving the human body has a remarkable ability to heal itself.

For me, this makes Pfizer and especially Novartis pharmaceutical companies worth owning.

Famed Facebook founder and CEO Mark Zuckerberg has been in the hot seat over privacy issues. First the U.S. Congress and now European regulators.

He's been telling them anything they want to hear because he's already got Plan B in place and it's promising to be even bigger than Facebook.

He's already put $19 billion into and has been joined by some of America's wealthiest people including Warren Buffett, Bill Gates, Michael Dell, and Mark Cuban.

Just what is Plan B?

It's not gold, crypto or any mainstream investment but it's set to be the most valuable asset on Earth. And if you act fast, you could earn as much as 2,524% before the year is up.