Buy This Tech Stock Instead of Apple, Facebook, or Google… or Even Bitcoin | Investors Alley

I’m about to unveil to you another insight on what I believe is crucial to successful investing. And it’s one that is really just basic common sense.

There will always be hot opportunities and glamour stocks that ‘everyone’ is chasing in the stock market. You need look no further than Tesla Motors (Nasdaq: TSLA). I firmly believe though you should not buy the hype, that the best investing opportunities are found just outside the hype.

The classic example of this is the California Gold Rush. Let me take you back in time for a moment.

On May 12, 1848, a San Francisco store owner by the name of Sam Brannan held a ‘one-man parade’ to announce the start of the California Gold Rush. He went up and down Market Street in San Francisco shouting, “Gold! Gold from the American River!”, while waving a bottle of gold dust.

Gold fever took hold and many residents went off in search of riches.

Brannan had good reason for this one-man advertising campaign. You see he owned the general store in that served miners at Sutter’s Mill, where gold had indeed been discovered. And in the intervening week between the actual discovery of gold and his ‘advertising campaign’, Brannan had bought all the picks and shovels in the city.

It is this line of reasoning that led me to a recent addition to the Growth Stock Advisor portfolio. It is a leading provider of microcontrollers. But before I give you the details on it, let me fill you in on the microcontroller market and why you need to be invested in it.

What Is a Microcontroller?

A short definition of a microcontroller is that it is a tiny computer on a single integrated circuit containing a processor core, memory, and programmable input/output peripherals. 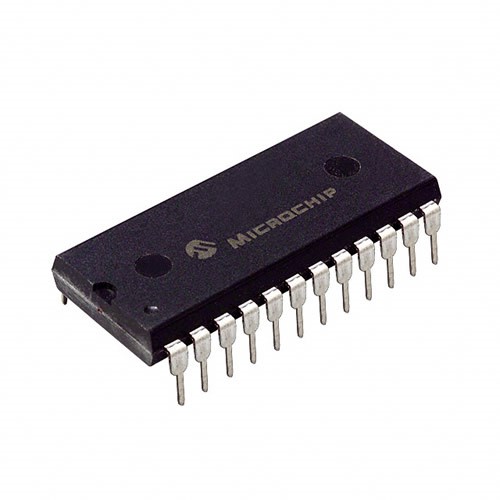 By reducing the size and cost, microcontrollers make it economical to digitally control more and more devices and processes. In simple terms, the entire wonder that is supposed to be the Internet of Things (IoT), with 30 billion connected devices by 2020, would not be possible without microcontrollers.

MCUs are a low-cost and low-power bridge between the sensor and gateway parts of IoT devices. They link sensors to the IoT nodes and serve as sensor hubs in a wide array of IoT devices to gather and log data onto a network.

The IoT microcontroller market is segmented based on types, which are first sub-divided into 8 bit, 16 bit and 32 bit MCUs with 32 bit being the largest segment thanks to its higher processing power. MCUs are also segmented on the basis of application – consumer and home appliances, automotive, industrial, medical, security ID, solar PV and smart grid.

The global microcontroller market is experiencing robust growth at the moment that is set to continue. The period from 2017 to 2024 is forecast to have approximately a 16% compound annual growth rate (CAGR). 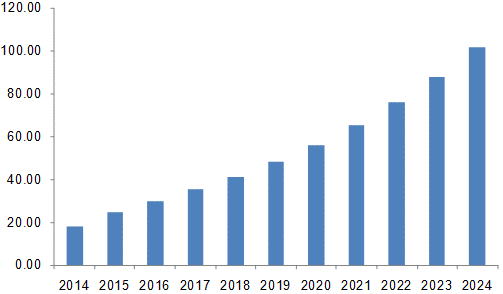 Demand in key application areas such as automotive, consumer electronics, smart grid systems, solar power and healthcare is feeding that growth. The biggest future driver behind the growing demand for microcontrollers will be the Internet of Things, robotics and factory automation.

However, do not overlook the automotive market. Traditionally, automakers have used MCUs for engine control, anti-lock brakes, power steering, airbags and other applications. But now, microcontrollers are also needed in sophisticated safety features such as advanced driver assistance systems (ADAS).

Yet, despite the soaring demand, the industry has gone through tough times.

But that is beginning to change, making it the right time for you to invest in the industry.

The price for that average 32-bit MCU increased 18% to $1.09 in 2016. Keep in mind that this is the largest segment of MCUs, and will account for 60% of total MCU revenue and 43% of unit volumes this year. These price increases will mean, according to ICU, that revenues for the industry will be in excess of $25 billion.

That’s a very positive trend. And so is the industry’s move toward consolidation, as companies jockey to be best positioned for a future dominated by the Internet of Things.

The moves made in this bid for supremacy have scrambled the standings of the top companies in the MCU industry. You’ll need a scorecard to keep track. But let me briefly fill you in on the global standings, as of the end of 2016.

The new number one (19% market share) is NXP Semiconductors NV (Nasdaq: NXPI), thanks its purchase of Freescale in 2015, moving it up from sixth. NXP itself is now the subject of a takeover bid from Qualcomm (Nasdaq: QCOM).

Fourth through seventh are: Korea’s Samsung (12%), STMicroelectronics NV (NYSE: STM), Germany’s Infineon Technologies (OTC: IFNNY) and Texas Instruments (Nasdaq: TXN). Coming in eighth is Cypress Semiconductor (Nasdaq: CY), which moved up the standings thanks to its purchase of Spansion in March 2015.

Our recommendation of Microchip Technology (Nasdaq: MCHP) is now third globally, up from fifth, with a 14% share of the global market. Its 2016 sales rose 50% to $2 billion due to its $3.4 billion acquisition of Atmel in the second quarter of 2016. 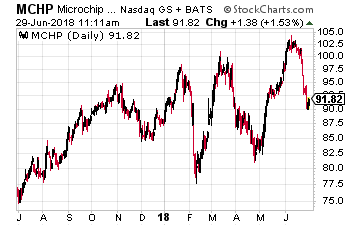 Let me fill you in now on Microchip Technology, whose microcontrollers are likely all through your home – from your garage door opener to your coffee machine to your children’s or grandchildren’s toys.

It had a tough start in its corporate life. It was a failing spinoff of General Instrument that was acquired by venture capitalists in 1989. It went public in an IPO in 1993. Luckily, it has had good management teams and has grown through the years via acquisitions until today it is a major producer of microcontrollers (64.3% of revenues), memory and analog semiconductors, and interface products for embedded control systems.

I believe the purchase of Atmel last year was a game changer for MCHP and did a lot more for the company than just moving it up the market share standings. It is now one of the best positioned companies in the entire industry.

Prior to the Atmel purchase, the company had been the only major MCU supplier not licensing ARM CPU technology. This architecture comes from the U.K.’s ARM Holdings, which was snapped up by Japan’s Softbank (OTC: SFTBY) in 2016 for $32 billion.

For about a decade, Microchip Technology had developed and sold 32-bit MCUs based on RISC-processor architecture developed by the U.K.’s MIPS Technology, which is now owned by another U.K. firm, Imagination Technologies. The latter was a major Apple supplier, which was recently dumped by Apple.

But with the proliferation of Internet of Things devices, the ‘wind’ is clearly blowing in the direction of 32-bit MCUs using the low-power ARM architecture. Atmel’s strength is that it is strong player in the ARM microcontroller market.

Security too is of major importance in any IoT designs. Here again, Atmel is a big plus for MCHP. Its expertise in technologies such as Trusted Platform Module (TPM) and crypto memories can complement Microchip MCUs in securely connecting objects.

As with my other recommendations, I look for companies with good global exposure. That is crucial here since overall the Asia-Pacific region accounts for about 35% of the microcontroller market. This region did account for 55.8% of net sales in the Microchip Technology’s latest quarter.

Its revenues aren’t overly dependent on any one sector either. The last quarter’s breakdown on its MCU segment among the major users is as follows: industrial – 35%, automotive – 25%, consumer – 24%.

Another item I like to see from a company is consistency. Despite the tough times in recent years for the industry as a whole, the company has managed to report 106 consecutive quarters of profitability!

Microchip Technology is now one of the fastest-growing global providers of 16-bit and 32-bit microcontrollers. This business continues to outperform the industry, which I think will enable it to continue gaining significant market share. Its analog business (about 25% of revenues) is also fast becoming one of the biggest analog franchises in the market.

As mentioned earlier, Microchip Technology is a recommendation that I made to my readers of Growth Stock Advisor. It was added toward the end of September with the stock price already on the move. Microchip Technology is a clear winner in the growing Internet of Things movement that’s transforming our lives, from what we do at home to how we work (and even how we get to work!) to how we communicate and everything in between. It’s all part of a rapid changing and combining of everything we do and are that I call The Singularity. If you have a moment, check out my new report on The Singularity and how you could tap into this 3,000% profit opportunity happening right now. Click here.