Although the rate of growth has slowed, developing and operating renewable energy facilities remains on a growth trajectory. A more moderate pace will allow the industry to better sustain growth over an extended number of years. Developers of renewable energy projects use high-yield business structures as the final owners of the projects. The pass-through renewable energy companies provide the capital for development and investors receive attractive dividend streams. 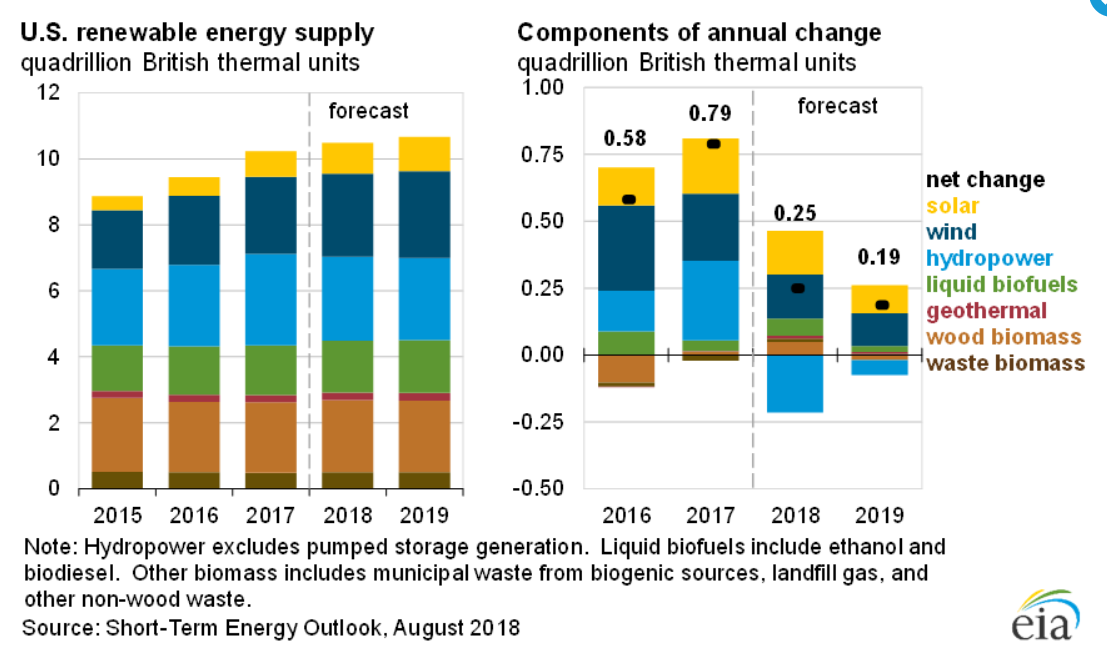 After a renewable energy project is up and running, the generated power is typically sold through long term contracts. This ensures the project will generate a return on the capital invested. There are a handful of public companies that focus on owning renewable energy assets and paying attractive dividends to investors. Here are three to consider. 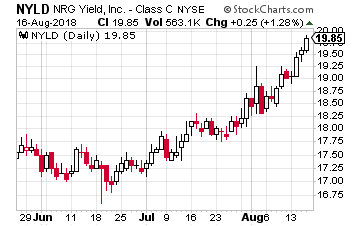 Currently, the controlling sponsor interest in NYLD is being acquired by Global Infrastructure Partners. Along with control of NYLD, Global will purchase NRG Renewables 6.4 GW project backlog. This means the NYLD double digit per year dividend growth story will continue. 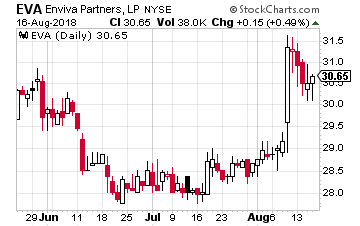 Enviva Partners, LP (NYSE: EVA) is a publicly traded master limited partnership (MLP) that takes a different type of natural resource, wood fiber, and processes it into a transportable form, wood pellets. The pellets are sold on long term contracts to companies in the UK and Europe where they are burned to produce electricity.

Enviva owns six processing plants that can produce three million metric tons of pellets per year. The company also owns the marine terminals used to export pellets. Enviva has increased its distribution every quarter over the three years since its IPO. 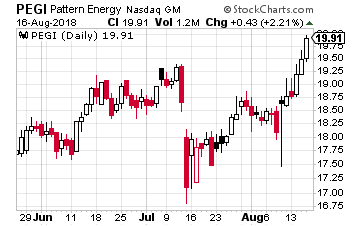 Pattern Energy Group (Nasdaq: PEGI) owns and operates wind and solar power generating assets in the U.S., Canada and Japan. The company currently owns 25 facilities that can generate 2,862 MW of power. There are nine projects in the development pipeline.

A separate company, Pattern Development constructs new projects, puts them on long term power purchase contracts, and then transfers the assets to PEGI. Pattern Energy Group has an ownership stake in Pattern Development, so it also participates in the capital gains of development.

The current dividend rate has been flat for several quarters, but management expects to resume distribution growth in 2019.

Pay Your Bills for LIFE with These Dividend Stocks

Get your hands on my most comprehensive, step-by-step dividend plan yet. In just a few minutes, you will have a 36-month road map that could generate $4,804 (or more!) per month for life. It's the perfect supplement to Social Security and works even if the stock market tanks. Over 10,000 retirement investors have already followed the recommendations I've laid out.

Click here for complete details to start your plan today.