Among the many most promising technologies is something called deep learning. A simple definition of deep learning is the use of artificial intelligence (AI) to carry out a form of advanced pattern recognition or advanced analytics. Deep learning has become the hottest subsector within AI thanks to technological breakthroughs in both image and language recognition that is approaching human levels of comprehension.

The potential scale of deep learning’s impact on business was laid out last month in a report from McKinsey Global Institute called Notes from the AI Frontier: Insight from Hundreds of Use Cases. The study from McKinsey found that, for some industries, deep learning has the potential to create value equivalent to as much as 9% of a company’s revenues.

One of the most promising areas for the use of deep learning, according to McKinsey, is marketing and sales for consumer-facing industries. Examples would include customer service management, creating individualized offers, acquiring customers and honing prices and promotions. Frequent interactions with customers generate the huge amount of data needed to feed the AI systems. The winners will be the companies that can sweat the largest amount of data the hardest.

One consumer-facing industry that is turning to big data and deep learning to improve its profitability is the airline industry. Profit margins are already narrow because of the intense competition between the airlines and now rising fuel prices are adding even more pressure. 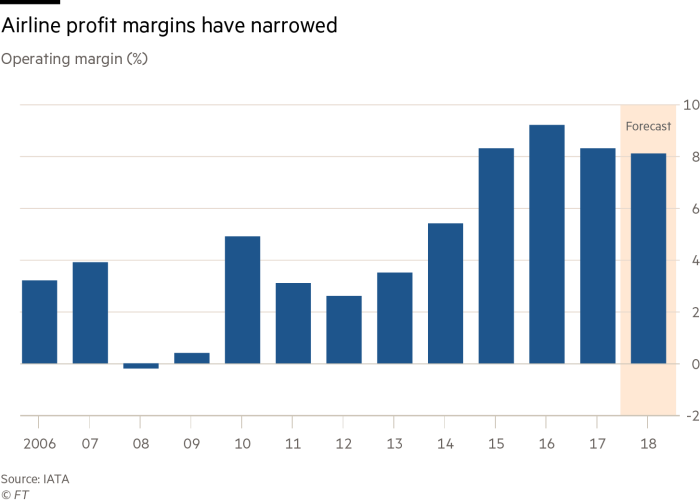 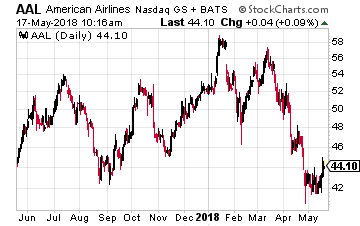 So the industry is seeking to personalize experiences for as many travelers as possible by using the vast amount of data the airlines have on their passengers. And think about it – the airlines do have a lot of data about you – name, address, phone numbers, birth date, credit cards, favorite seating assignment, how often you visited their website, etc. In fact, some researchers say that an average transatlantic flight generates about 1,000 gigabytes of data! 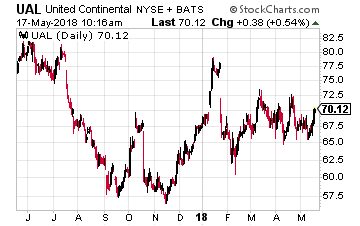 Earlier this year, American Airlines came out with an app that allows its flight attendants to offer passengers “a gesture of goodwill”, such as air miles, when there are any sort of minor problems (such as the flight entertainment system not working). That instant customer service is a lot better than having flight attendants telling passengers (that probably have a million other things to do) to contact a customer relations representative when the flight lands. As the airline said when it rolled out the app, “Our goal is to improve the customer experience, particularly when things don’t go as planned, to make it a little bit less painful for them.”

Poor United Airlines has had a number of customer relations nightmares, such as a passenger being dragged off a plane or a dog dying. So it definitely needs to step up its customer relations game. Its flight attendants have handheld devices that give them access to customer details, such as when they last flew with the airline, whether they have a tight connection and if they have dietary requirements. And like American, United offers customers a bag-tracking service to alert them if their luggage is lost or delayed.

And United employees’ “in the moment” app will allow United personnel to compensate passengers immediately for things like flight delays or spilled drinks. Hopefully, United employees will make use of this data and technology to make passengers’ flights as easy and comfortable as possible and repair the company’s image. 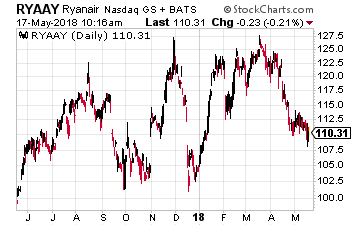 Even overseas-based airlines are going ‘all in’ on big data and deep learning. Ryanair Holdings PLC (OTC: RYAAY) wants to become the “Amazon for travel” by using its customers’ data to cross-sell items, such as hotel rooms, from a one-stop-shop platform.

I expect more airlines to follow the route Ryanair is taking. Think about it – shopping an online store, while still in flight, filled with everything from ground transport options to tours to other destination-related activities. Passengers returning home could even do their grocery shopping while in-flight to have the groceries delivered when they arrive home. The possibilities are almost endless. 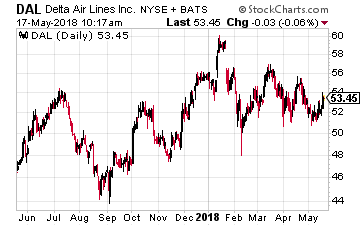 A study conducted by the London School of Economics and Inmarsat said that in-flight broadband – offering streaming and online shopping to passengers could create a $130 billion global market within the next 20 years.

The study estimated that the airlines’ share of that total could amount to $30 billion in 2035. That’s quite a jump from the forecast $900 million in 2018 and is just what this profit-squeezed industry needs. 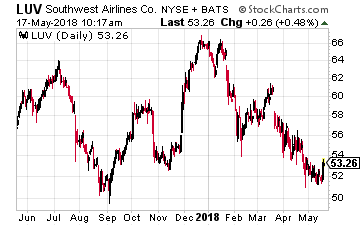 Warren Buffett said famously in 2002, “If a capitalist had been present at Kitty Hawk back in the early 1900s, he should have shot Orville Wright. He would have saved his progeny money.” And indeed the industry has been a chronic money-loser.

But even Buffett bought stakes in the four major U.S. airlines in 2017 – American and United as well as Delta Air Lines (NYSE: DAL) and Southwest Airlines (NYSE: LUV). With airlines adopting technology and using deep learning, their profitability longer-term should become more stable. That makes them an interesting investment, good enough even for Buffett.